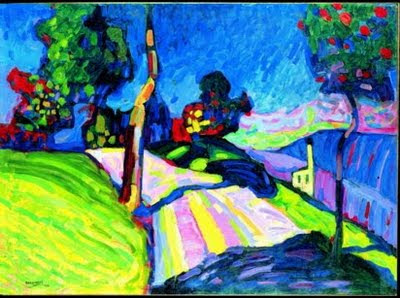 Winter's End
The bees are humming

The Sun is warm

My garlic is sprouting

beret Basque atop my naked head

The Sun shrouded behind windblown clouds

nightshade on the mind

a hint of nuclear winter

The page regains its friendly hue

Sandberg speaks to me

Hope is with the general course of history

and the people make history

and tend towards freedom
as they stumble on

Posted by Mike Ballard at 11:50 PM No comments: 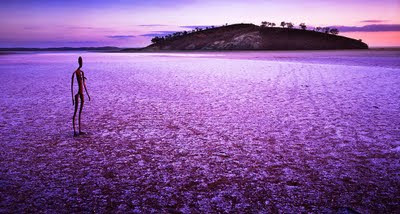 In our brief passage through time
we leave our marks
if we try
Some just eat
drink
shit
piss and
wait for the inevitable
guaranteed outcome
Decomposition of the body
putrid mass turned fertilizer
we make the world anew
without our presence
Death becomes life
and life meanders
stumbles
crashes towards the end
again and again and again
We strive through love
to make a fucking connection
to reunite ourselves with our
self-replicating ancestors
microbiologal lives
in hot rocks
and steamy
prmitive swamps
amen
ah hell
most of us miss the mark
dominance/submission kills the spark
But
the Cambrian explosions
come and go
Meteorites hit the planets
Comets as well as asteroids
bringing amino acids
water and our bright futures
through the star dust Universe
Big Bang
banging on for 13.4 billion years now
Posted by Mike Ballard at 9:56 PM No comments: 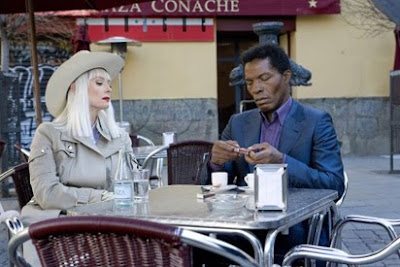 
"Life has no value if four people are being killed every minute and in the final analysis, abuse wins the day." That is a rough translation from Spanish of a phrase very relevant to "The Limits of Control" which IMDb won't let me reproduce in the original because of 'spelling errors'. The great Mexican director,Pedro Infante filmed "La Vida No Vale Nada" in 1955. Might be worth checking out that film after watching "Limits of Control".

"Those who think they are important wind up in a cemetery – a handful of dust". Numerous characters repeat this sentence in Jarmusch's "Limits of Control". In fact, many sentences are repeated in "Limits...". "You don't speak Spanish." The answer is, "No." if you are on a secret mission and sitting at a café table with two cups of espresso. This is the intro you get in the assassin's game. Like Jarmusch's "Ghost Dog" our assassin is in to martial arts exercises. Like "Ghost Dog", he doesn't like mechanical, robotic like abusers.

Maybe abusers are CIA agents in Spain. More likely, Jarmusch's secretive base operatives symbolize worldwide power mongering abusers of life. Maybe, just maybe, there are people out there in the world, some maybe even who have taken psycho-active drugs like peyote, who want to demonstrate to these power mongering dominators that they aren't so powerful at that. 'Life is arbitrary" as the anonymous protagonist of the film played by Isaach de Bankolé says before he strangles the CIA Station Chief, played by Bill Murray, with an old guitar string.

Maybe, the limits of control are human beings! Oh, not human beings who use the various electronic trappings of identity of the modern world. Those human beings can be tracked and controlled. "No cell phones", says Jarmusch's protagonist. And what happens to those in the assassin's conspiratorial loop who use them? They are found dead or kidnapped by authorities who travel by black helicopter to secret bases in the Spanish bush. Yes, murder as a political weapon, human beings killed, even if they are beautiful and naked.

"How did you get in here?" Murray asks Isaach de Bankolé. "I used my imagination." And after all, as the French Situationists used to say, "Imagination is revolution." Imagination is also unpredictable, even arbitrary, so unlike machines or uniformed humans attempting to morph into androids in service to their rulers.

This movie is a secret operation. Think of it as an imagination-trip. Take it and be wary. Sometimes, it's not that you're paranoid, it's that they really are out to get you. Have a care. Don't let your guard down, even for one blissful second with a gorgeous woman. You're working now with Isaach de Bankolé. Let it happen. Let it wash over you. But remember the signs: two separate cups of espresso at one time at the café table;matchboxes (the ones with the boxer on the cover) swallow the coded paper which you'll find inside said matchbox after you've memorized the instructions for the next stop on your way towards ending abuse.
Posted by Mike Ballard at 6:57 PM 2 comments: