Could you please explain your statement, "Wage-labour is not freedom"?

Freedom has a lot of aspects; but a major factor is owning and controlling the product of one's labour. This is why so many aspire to become 'their own bosses' in small enterprises. To be bossed is not freedom.
Posted by Mike Ballard at 1:28 AM No comments:

"Money is therefore not only an object, but is the object of greed. It is essentially auri sacra fames. Greed as such, as a particular form of the drive, i.e. as distinct from the craving for a particular kind of wealth, e.g. for clothes, weapons, jewels, women, wine etc., is possible only when general wealth, wealth as such, has become individualized in a particular thing, i.e. as soon as money is posited in its third quality. Money is therefore not ony the object but also the fountainhead of greed. Hedonism in the abstract presupposes an object which possesses all pleasures in potentiality."

"Assume man to be man and his relationship to the world to be a human one: then you can exchange love only for love, trust for trust, etc. If you want to enjoy art, you must be an artistically cultivated person; if you want to exercise influence over other people, you must be a person with a stimulating and encouraging effect on other people. Every one of your relations to man and to nature must be a specific expression, corresponding to the object of your will, of your real individual life. If you love without evoking love in return, that is, if your loving as loving does not produce reciprocal love; if through a living expression of yourself as a loving person you do not make yourself a beloved one,then your love is impotent, a misfortune."


"In order to function productively, money in its third role [i.e. as "self-estrangement" or "alienation"], as we have seen, must be not only the precondition but equally the result of circulation, and, as its precondition, also a moment of it, something posited by it. Among the Romans, who amassed money by stealing it from the whole world, this was not the case. It is inherent in the simple character of money itself that it can exist as a developed moment of production only where and when wage labour exists; that in this case, far from subverting the social formation, it is rather a condition for its development and a driving-wheel for the development of all forces of production, material and mental."

"The period which precedes the development of modern industrial society opens with general greed for money on the part of individuals as well as of states. The real development of the sources of wealth takes place as it were behind their backs, as a means of gaining possession of the representatives of wealth. Wherever it does not arise out of circulation -- as in Spain -- but has to be discovered physically, the nation is impoverished, whereas the nations which have to work in order to get it from the Spaniards develop the sources of wealth and really become rich. This is why the search for and discovery of gold in new continents, countries, plays so great a role in the history of revaluation, because by its means colonization is improvised and made to flourish as if in a hothouse. The hunt for gold in all countries leads to its discovery; to the formation of new states; initially to the spread of commodities, which produce new needs, and draw distant continents into the metabolism of circulation, i.e. exchange. Thus, in this respect, as the general representative of wealth and as individualized exchange value, it was doubly a means for expanding the universality of wealth, and for drawing the dimensions of exchange over the whole world; for creating the true generality [Allgemeinheit] of exchange value in substance and in extension. But it is inherent in the attribute in which it here becomes developed that the illusion about its nature, i.e. the fixed insistence on one of its aspects, in the abstract, and the blindness towards the contradictions contained within it, gives it a really magical significance behind the backs of individuals. In fact, it is because of this self-contradictory and hence illusory aspect, because of this abstraction, that it becomes such an enormous instrument in the real development of the forces of social production."

Marx, GRUNDRISSE
Posted by Mike Ballard at 8:03 AM No comments: 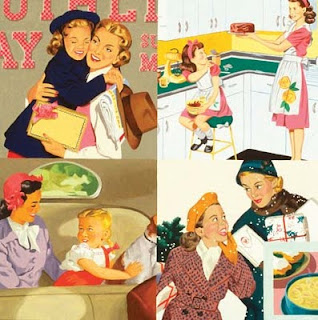 
Keep 'em tied to the capitalist system
That's what our rulers say
Give 'em healthcare tied to keeping their jobs
so they don't go getting all class conscious
and organising to demand more wages
free healthcare, shorter work time and the like
Make 'em think that meaning in life is tied to having kids
in private school
and a house with a mortgage hanging over their heads
for the rest of their working lives
Make 'em believe that more debt slavery
is freedom,
'trade in your union cards
for credit cards'
Have 'em sit in front of their masters' voice
during their free-time,
'listening for the new told lies
with supreme visions of lonely tunes'
Finally
tie their retirement to
the stock market gambling machine
via 401Ks and superannuation
Make 'em truly believe they have a stake
in the system of wage-slavery
Posted by Mike Ballard at 5:16 PM No comments: