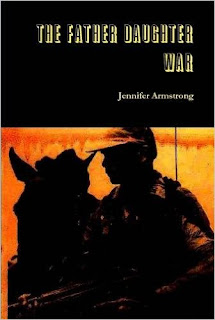 “It is as clear to me now that was upon arrival as an immigrant that there is no link anywhere to be found between the child who I was in Zimbabwe and the adult I was forced to become upon immigration. I had learn to speak again, from scratch, and when I did it came of as academic jargon. I had resorted to teaching myself from book, the only companions who were tolerant enough to bide with me until I’d figured enough things out.  I still had the choking hesitation in my voice, of the strangled child, but I was on fragile steps, little mermaid walking on a ground of swords steps, in order to assert myself and my perspectives.

“Donald Meltzer, the psychoanalyst, says that those who murder their inner child develop a grave capacity for brutality against themselves and others.  Mine wasn’t dead yet, and was doing her best to stay alive, but all was based on precepts from a different cultural paradigm, which I could not have dwelt in any more, due to my growing need for knowledge, even if a part of me had wanted to remain that innocent--to retain the innocence of a child indefinitely.”

Give it a go. THE FATHER DAUGHTER WAR is very well written. Have patience. Keep reading. At first, her father’s voice adds the adult to the child’s first person memory.  Reality is captured through an ever maturing scamper through the memories of one, Jennifer Frances Armstrong.  Grieving for a lost home where nature was everywhere and taken for granted. Armstrong is honestly pulling you back to a different sense of time and place. Immersion in THE FATHER DAUGHTER WAR will help cure some of your uncritically examined Cold War narratives.
From the impressionistic imagery of first childhood memory to the growing consciousness of a girl becoming teen, you can feel like you’ve been there, in a certain part of Africa, in a certain set of circumstances from a certain individual’s maturing memories, reflections and experience.

Remember what it was like to be 12, a child on the edge of puberty?

What did you know about the world then?

What amazing discoveries were you making every day of your life?

Well, at least to you, they appeared as “amazing discoveries”.

Only this was Africa, specifically a Rhodesian child’s life.  Things were different from the way you remembered them at 12 or 2 or 4 or 16, unless you lived in Borrowdale before 1984. Still, there is a connection to be had in the sheer wonderment of the adventure life was when we were children flowing through THE FATHER DAUGHTER WAR.

To be sure, there were the differences.

Want to go on vacation?  Better catch the convoy or risk being shot in an ambush along the way.  Everyday life in a zone of civil war.  You read about them nowadays--personal stories of everyday life in Syria, Iraq and Yemen. And then, the trek out to the new land. Culture clash is part of the immigration story. For one thing, nature changes.  Fauna and flora in the outdoors are  much more under control in the Perthian urban setting. Nature seems drier, hotter and much less fecund.
This has its effects within the culture.  There are other matters, many other matters covered in THE FATHER DAUGHTER WAR.  You’ll see.

Ever wanted to hug your secret 6th grade heart throb?  Of course you did.  And so, when the opportunity arises at a girlfriend’s birthday party, you grab Paul kind of tightly.  Jennifer is coming of age.  But the convoy and Paul come years after she has eaten African soil, liked it and been punished for it by having her mouth washed out with soap by her mother.  It’s also after being told by her elementary school teacher that playing with boys’ toys was wrong.  Bricks are not for girls!  But that happens after soil.

Give it go now.  You’ll be glad you did.

Posted by Mike Ballard at 9:52 PM No comments: