Vitalised couples copulate voraciously
in buildings
outdoors
wherever they want
with anyone who wishes
Instinct and life are fused again
Dyonysian festivals abound
Posted by Mike Ballard at 1:21 AM No comments: 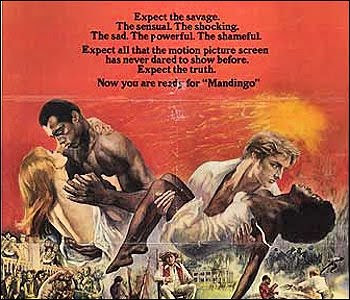 In this film, the masterful James Mason plays the plantation patriarch, a Big Daddy you wouldn't want to be owned by. This is undoubtedly THE BEST Film made about the era of slavery in the USA. It puts the sanitised, romantic "Gone With the Wind" to shame. "Mandingo" will make you uncomfortable even in your most comfortable seat. "Mandingo" is a mirror. See your reflection; it will scare the living bejeezub out of you.

This is a film about power. Racism is about power. When some people have absolute power over other people, they become sadistic and sometimes, the objects of their sadism become masochistic. Absolute power is always justified with ideological rationalisations become dogma, in this case the the dogma that black skin makes a person less than human. Power corrupts the individual's sense of morality. With power over others, one becomes more or less immoral, hardened to a subordinate's suffering. Self-esteem is generated by putting down the one perceived to be inferior and slaves were considered less than human, a notch or two down on the food chain. Slaves were treated as objects of power, like the organic results of animal husbandry, like the commodities you purchase and eat: cattle, pigs or sheep. Thus, having sex with a slave for a 'white' male owner was like breeding new animals for sale with a view to profit. 'White' females, of course, were not allowed to engage in this sort of animal husbandry with slaves. The patriarchal whisper one hears in "Cat on a Hot Tin Roof" becomes a murderous roar in "Mandingo".

In "Mandingo" we see the realities of absolute power's effect on the social psychology of a society. Even after more than a century of time, American society, especially the South is still scarred by the psychological damage which simmers under the surface of smiles, whiskey fueled tears and freshly mown lawns.

"Mandingo" is a must see. It's better than "Glory", although "Glory" would be an appropriate second on a double feature bill with "Mandingo". "Mandingo" is even better than "Burn" and much better than "Roots". The acting is superb. The screenplay is magnificent. The cinematography is choice. Yes, this movie is violent; but slavery was a daily violence on the lives of those who suffered it. Face it. Yes, there is sex in this movie: squirm in your seat as you feel a touch of titillation. Yes, there is abuse on all levels from pedophilia to outright murder. But the abusers aren't comic book level bad guys; they aren't Jokers on the set of "Batman". They are the ruling class of the Old South. Sometimes their humanity shows through. Sometimes bad guys are ever so well ensconced in the the rituals of polite society that they come across as the upholders of civilised behaviour. That they are also enmeshed in a daily life organised around the exploitation of those who produce their wealth speaks volumes about the quality of their humanity and our own social relations of power today.

Get "Mandingo" however you can. Show it to your friends. Discuss it after you see it. Get ready for the movie experience of a lifetime. Forget about "Basterds"; forget the demented, ultra-violent comic fantasies of Quentin Tarintino. Forget about the sanitized films of the Antebellum Age. See "Mandingo". See the hard truth about chattel slavery and then do some reflection about how power over others functions to generate a generalised state of dominance and submission in the social relations of the here and now, wherever you live on this planet.
Posted by Mike Ballard at 8:42 PM 3 comments:

What I'd like to get across is that the revolutionary subjectivity/class consciousness which the Wobblies have exhibited over the years is what is needed to get the movement to progress towards more freedom, including chipping bits of surplus value and time off from the bosses' control--aka reform. The submissive position of many on the left vis a vis their own leaders runs counter to the class struggle for freedom and a classless society. One has only so much TIME in one's life to put energy into the movement. If one spends all one's time subsuming oneself to liberal reform agendas, one never sets the agenda. Thus, the 'class in itself' remains alienated from the 'class for itself' i.e. we remained ruled by Capital.

"The functions fulfilled by the capitalist are
no more than the functions of capital - viz.
the valorization of value by absorbing living labour
- executed consciously and willingly. The capitalist
functions only as personified capital, capital as a
person, just as the worker is no more than labour
personified. That labour is for him just effort
and torment, whereas it belongs to the capitalist as a
substance that creates and increases wealth, and in
fact it is an element of capital, incorporated into
it in the production process as its living, variable
component. Hence the rule of the capitalist over
the worker is the rule of things over man, of dead labour
over the living, of the product over the producer.
For the commodities that become the instruments of
rule over the workers (merely as the instruments of
the rule of capital itself) are mere consequences of
the process of production; they are its products.
Thus at the level of material production, of the
life-process in the realm of the social
- for that is what the process of production is -
we find the same situation that we find in religion
at the ideological level, namely the inversion of
subject into object and vice versa. Viewed historically
this inversion is the indispensable transition without
which wealth as such, i.e. the relentless productive
forces of social labour, which alone can form the
material base of a free human society, could not
possibly be created by force at the expense of the
majority. This antagonistic stage cannot be avoided,
any more than it is possible for man to avoid the
stage in which his spiritual energies are given a
religious definition as powers independent of himself.
What we are confronted by here is the alienation
[Entfremdung] of man from his own labour. To that
extent the worker stands on a higher plane than the
capitalist from the outset, since the latter has his
roots in the process of alienation and finds absolute
satisfaction in it whereas right from the start the
worker is a victim who confronts it as a rebel and
experiences it as a process of enslavement. At the
same time the process of production is a real labour
process and to the extent to which that is the case
and the capitalist has a definite function to perform
within it as supervisor and director, his activity
acquires a specific, many-sided content. But the labour
process itself is no more than the instrument of the
valorization process, just as the use-value of the product
is nothing but a repository of exchange-value.
The self-valorization of capital - the creation of
surplus-value - is therefore the determining, dominating
and overriding purpose of the capitalist; it is the
absolute motive and content of his activity. And in fact
it is no more than the rationalized motive and aim
of the hoarder - a highly impoverished and abstract
content which makes it plain that the capitalist is just as
enslaved by the relationships of capitalism as is
his opposite pole, the worker, albeit in a quite
different manner." 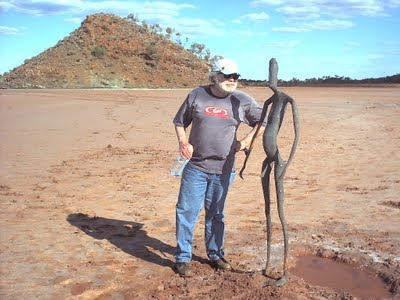 via Doug Henwood's LBO-talk.....Ed Hyman, Wall Street's favorite economist, features a poll asking who's been helped most by the Obama administration's economic policies:

For once, Americans are dead on! Can Australians be thinking the same about Rudd's Labor Government?


William Black, the government regulator who
fingered House speaker Jim Wright, John McCain,
John Glenn and other members of the "Keating Five"
for bribe-taking during the S & L crisis and is now a
prof at the University of Missouri, has been sounding
a similar note for some time. In April, he told
Bill Moyers that "the entire strategy is to keep
people from getting the facts..."

"[Moyers] Are you saying that Timothy Geithner,
the Secretary of the Treasury, and others in the
administration, with the banks, are engaged in a
cover up to keep us from knowing what went wrong?

"They're deliberately leaving in place the people
that caused the problem, because they don't want
the facts. And this is not new. The Reagan
Administration's central priority, at all times,
during the Savings and Loan
crisis, was covering up the losses.

"[Moyers] So, you're saying that people in power,
political power, and financial power, act in concert
when their own behinds are in the ringer,
right?

"That's right. And it's particularly a crisis that
brings this out, because then the class of the
banker says, "You've got to keep the information
away from the public or everything will collapse."


see also the Citibank report on Plutonomy.
Posted by Mike Ballard at 3:26 PM No comments: