THE SOCIETY OF THE SPECTACLE

Haw!  You've got to hand it to Freddy...." and almost each particular section of the possessing class has its representatives in each of the two parties to a very large degree".  What a guy!  And today, we on the left with our Zeitgeists and populist rants about the Fed, supporting all kinds of nationalisms and very little, if any, class analysis, hear a voice from the past making a class analysis which brings clarity to the mess we're in: the rule of Capital.  The bourgeois democratic electoral system is, of course, rigged to produce a consistent result: the continued rule of Capital.  Reforms are modifications of this rule, to be sure; but they don't change the basic social relation based on the continued political servility of the working class i.e. wage labour.  And as long as people like Engels can be put in the 'out of date' box, we'll have, "contempt for all theory....and be... " punished for this by a superstitious belief in every philosophical and economic absurdity, by religious sectarianism, and by idiotic economic experiments, out of which, however, certain bourgeois cliques profit."  IOW, anything but the abolition of the wage system. 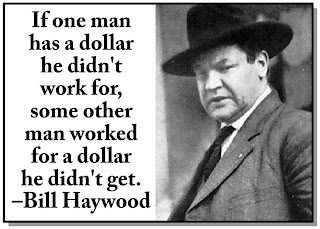 There is no place yet in America for a third party, I believe. The divergence of interests even in the same class group is so great in that tremendous area that wholly different groups and interests are represented in each of the two big parties, depending on the locality, and almost each particular section of the possessing class has its representatives in each of the two parties to a very large degree, though today big industry forms the core of the Republicans on the whole, just as the big landowners of the South form that of the Democrats. The apparent haphazardness of this jumbling together is what provides the splendid soil for the corruption and the plundering of the government that flourish there so beautifully. Only when the land — the public lands — is completely in the hands of the speculators, and settlement on the land thus becomes more and more difficult or falls prey to gouging — only then, I think, will the time come, with peaceful development, for a third party. Land is the basis of speculation, and the American speculative mania and speculative opportunity are the chief levers that hold the native-born worker in bondage to the bourgeoisie. Only when there is a generation of native- born workers that cannot expect anything from speculation any more will we have a solid foothold in America. But, of course, who can count on peaceful development in America! There are economic jumps over there, like the political ones in France — to be sure, they produce the same momentary retrogressions.
The small farmer and the petty bourgeois will hardly ever succeed in forming a strong party; they consist of elements that change too rapidly — the farmer is often a migratory farmer, farming two, three, and four farms in succession in different states and territories, immigration and bankruptcy promote the change in personnel, and economic dependence upon the creditor also hampers independence — but to make up for it they are a splendid element for politicians, who speculate on their discontent in order to sell them out to one of the big parties afterward.
The tenacity of the Yankees, who are even rehashing the Greenback humbug, is a result of their theoretical backwardness and their Anglo- Saxon contempt for all theory. They are punished for this by a superstitious belief in every philosophical and economic absurdity, by religious sectarianism, and by idiotic economic experiments, out of which, however, certain bourgeois cliques profit.  Friedrich Engels, 1892
Posted by Mike Ballard at 2:20 PM No comments: