Putting the Soviet wage system in its best light, what one can discern from looking at this statistical collection is the intent of the CPSU leadership to use their very controlled wage system as a means to bridge the rural/urban producers' wealth divide. Compare the higher the percentage increase in 1973 with the lower the wage in 1965.  NB: collective farmers percentage increase verses pecentage increase for workers in the state apparatus.

CPSU State controlled commodity production also included controls on the prices of commodities which were to be marketed to the producing wage-labourers.  For example, rents paid to the collective State landord were extremely low.  The price of bread was also kept extremely low as were a whole host of commodities e.g. public transport.  Many services, like education and health care were taken out of commodity production and distributed freely on the basis of need.  At the same time, many luxury commodities like furs were kept at prices higher than their exchange-values.  Of course anomalies occurred with respect to the wages and privileges of more valued members of Soviet society e.g. top scientists and bureaucrats of the politburo.

Production was planned but, not by the rank and file producers.  The producers remained wage-slaves, the social product of their labour remained alienated from their control, from common ownership.  Rather the CPSU appointed bureaucrats to plan production/consumption of both commodified and non-commodified goods and services. This pattern of political power between subaltern wage-slaves and party bureaucrats as  wage-slave drivers and rulers became the time-tested formula for implementing Leninist models of socialism.  Marx and Engels critiqued the wage system as being the foundation of the capitalist mode of production.  Marx and Engels proposed changing the mode of production to one where wealth was not commodified and sold rather, wealth would be produced for use and distributed on the basis of need.  (See Wobbly times number 88-89) 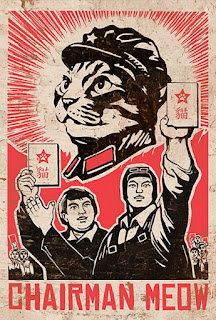 One of the worst things about the Soviet wage system was the lack of freedom and power allowed the working class by the ruling party. This led to the typical dominance and submission social psychological character structure one sees in all class dominated societies.  Dominance and submission is a dialectical tension against which the instinct to remove the collar from one's neck continually batters. For example, unemployment was, for all intents and purposes non-existent, indeed, it was against the law to be unemployed.  As the propaganda of 'actually existing socialism' was experienced in daily life as wage-slavery, the body politic moved increasingly over time toward a favourable view of  the realities of the higher standard of living and civil liberties in what were officially labeled, 'imperialist countries', the industrially developed capitalist States.  Thus, the much touted transition from, the CPSU version of socialism to, the New Jerusalem of the higher stage aka 'communism', came to be seen for what it was, a lie used to maintain the power and wealth privileges of those at the top of the Soviet wage system.  If one was an astute wage-labourer in the USSR, one could readily see in the works of Marx and Engels (works widely available in the USSR) that there was no theoretical distinction made between what they termed 'socialism' and 'communism'--the concepts were used interchangeably to mean a classless society where the collective product of labour was owned in common while production would be engaged in for use with wealth distributed on the basis of need.  In fact, the abolition of the wage system and commodity production were Marx and Engels' theoretical foundation of socialism/communism, viz: "With the seizing of the means of production by society production of commodities is done away with, and, simultaneously, the mastery of the product over the producer."

On top of this, the obvious contradiction of maintaining a political State and calling it 'socialist' added insult to injury, as Marx and Engels continually point out in their very own writings.

"The people’s state has been flung in our teeth ad nauseam by the anarchists, although Marx’s anti-Proudhon piece and after it the Communist Manifesto declare outright that, with the introduction of the socialist order of society, the state will dissolve of itself and disappear. Now, since the state is merely a transitional institution of which use is made in the struggle, in the revolution, to keep down one’s enemies by force, it is utter nonsense to speak of a free people’s state; so long as the proletariat still makes use of the state, it makes use of it, not for the purpose of freedom, but of keeping down its enemies and, as soon as there can be any question of freedom, the state as such ceases to exist. We would therefore suggest that Gemeinwesen ["commonalty"] be universally substituted for state; it is a good old German word that can very well do service for the French “Commune.”"   Engels' letter to Bebel, 1875

In the world at large, the capitalist propaganda about 'socialism' meaning a system of bureaucratic State despotism more and more took on the mantle of  THE TRUTH thus feeding right-wing conservatism both inside and outside the USSR.  At the same time, Soviet anti-capitalist propaganda increasingly came to be seen  as, a BIG LIE both within and without the USSR and other 'actually existing' socialist States.  The result of all this all too obvious attempt to manipulate workers' consciousness was the more or less unanimous embrace by the workers of capitalism in M-L State after M-L State in the historical approach to 1989.

Muffled
inside the house
Debussy’s “Claire de Lune”
begins to waft gently through air
I stop
get down from my scaffold
set my sneakered
burning feet on green grass
I listen
silently
quenching my thirst
with warm water
Stepping away from the wall
I cast my gaze through the bay window
and see you
cool
caressing the piano
millions of light
years away
Posted by Mike Ballard at 8:42 PM 2 comments: