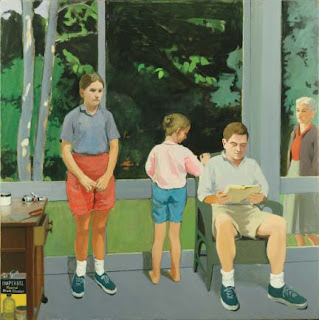 These "Dispatches from America's class war" ring as true as America's Liberty Bell. Of course like the "Liberty Bell", the American Revolution's promise of "liberty and justice for all" cracked on first use. As with other bourgeois democracies, the ideals of the the American capitalist revolution were undermined by class rule. Liberty, equality and fraternity tended to break down under the rule of Capital, where, as the old wag's saying about the golden rule goes, those with the most gold, have made the rules. What Joe Bageant has done in DEER HUNTING WITH JESUS is to give his readers an up-to-date snapshot concerning the preemptions of America's revolutionary ideals as he focuses on the lower strata of the rural based working class. His microcosmic example is focused on the majority of the people who now live and work in his old home town of Winchester, Virginia. To be sure, he also shines in a light on his fellow workers' rulers: the lawyers, real estate agents, landlords and small business people (aka `cockroach capitalists', in Old Wob tongue).

"Members of the business class, that legion of little Rotary Club spark plugs, are vital to the American corporate and political machine. They are where the institutionalized rip-off of working class people by the rich corporations finds its footing at the grassroots level, where they can stymie any increase in the minimum wage or snuff out anything remotely resembling a fair tax structure. Serving on every local governmental body, this mob of Kiwanis and Rotarians has connections. It can get that hundred acres rezoned for Wal-Mart or a sewer line to that two-thousand-unit housing development at taxpayer expense. When it comes to getting things done locally for big business, these folks, with the help of their lawyers, can raise the dead and give eyesight to the blind. They are God's gift to the big nonunion companies and the chip plants looking for a fresh river to piss cadmium into--the right wing's can-do boys. They are so far right they will not even eat the left wing of a chicken." p.45

Mr. Bageant peppers his aphoristic style with enough humour to keep all the but the most dour social stoic smiling. In his chapter titled, "Valley of the Guns" (a piece of writing sure to upset liberal gun control advocates like Michael Moore), Bageant explains his book's title.

"To nonhunters, the image conjured by the title of this book might seem absurd, rather like a NUKE THE WHALES bumper sticker. But the title also captures something that moves me about the people I grew up with, the intersection between hunting and religion in their lives. The link between protestant fundamentalism and deer hunting goes back to colonial times, when the restless Presbyterian Scots, along with English and German Protestant reformers, pushed across America, developing the unique hunting and farming-based frontier cultures that sustained them over most of America's history. Two hundred years later, they have settled down, but they have not quit hunting and they have not quit praying. Consequently, today we find organizations such as the Christian Deer Hunters Association (christiandeerhunters.org), which offers convenient pocket-size books of meditations, such as "Devotions for Deer Hunters", to help occupy the time during those long waits for game. Like their ancestors, deer hunters today understand how standing quietly and alone in the natural world leads to contemplation of God's gifts to man. And so, when a book like "Meditations for the Deer Stand" is seen in historical context, it is no joke. For those fortunate enough to spend whole days quietly standing in the November woods just watching the Creator's world, there is no irony at all in the notion that his son might be watching too, and maybe even willing to summon a couple of nice fat does within shooting range." p. 124-125

The ideological crack between the more liberal, more urban, coastal based U.S. workers and their small town, conservative rivals, living in the interior of the country, is one of the main political thrusts of DEER HUNTING WITH JESUS. The gun control issue is but one of many sore points dividing the U.S. working class thus, making its members easier to rule. The elephant standing in the room is the issue of work-time. Too many hours sold to the bosses makes it difficult for small town wage-slaves to do much in the way of educating themselves, reading or expanding their views of the world beyond the easily accessed, instant, canned gratification available from conservative Republican corporate AM radio pundits and their brethren on the bully pulpits of the nation's fundamentalist Christian churches. The toilers of Bageant's home town are literally being worked to death at jobs which market for low wages, kept even lower by the anti-union ideology which is so common in their everyday parlance as to be taken for `commonsense'. The same can be said for their socially conservative cultural traditions concerning: race relations, the possession of firearms, Big Gov'mint, namby-pamby intellectuals and warlike nationalism. Across that great bellwether, the great crack in the working class remains unrepaired as left liberal workers sit and sit and sit, disdaining contact with their `benighted' fellow citizens thus, leaving both sides ignorant of what the other is saying or doing and by extension the potential of their power as a class united. According to Bageant, this is a recipe for continued impotent expressions of working class power, while serving to maintain a ruling class status-quo which is on track to continue cutting U.S. workers' living standards and furthering the commodification of human values and humane relations.

Joe Bageant has written a book which should be on every IWW organiser's shelf. DEER HUNTING WITH JESUS answers many of the questions concerning how and why the workers in the USA are largely blind to their own class interests.

The Australian edition of DEER HUNTING WITH JESUS comes complete with an Australian oriented preface. 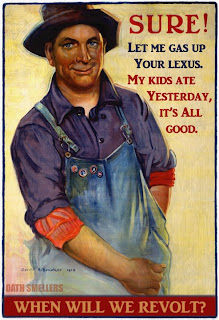 Posted by Mike Ballard at 8:03 AM No comments:

Kuhle Wampe - To Whom Does the World Belong? - Whither Germany? ENGLISH SUBTITLES VERSION Kuhle Wampe ( the full title is Kuhle Wampe oder Wem gehört die Welt) is a German feature film, released in 1932, about unemployment and left wing politics in the Weimar Republic. The title refers to a tent camp in the countryside near to Berlin. The script was conceived and written by Bertolt Brecht. He also directed the concluding scene: a political debate between strangers on a tram about the world coffee market. The rest of the film was directed by Slatan Dudow. The impact of this black and white film is enhanced by the cinematography of Gunther Krampf and a musical score by Hanns Eisler.


Posted by Mike Ballard at 6:56 PM No comments:


Spot the Wobbly
These films were shot at a rally I attended in March, 2011 concerning the death in custody of an aboriginal elder named Mr. Ward. The upshot of the rally was to demand an end to privatisation of the public service in Western Australia. After all, privatisation is just another aspect of imposing neo-liberalist ideology on the working class. In short, it's commodification and just a way for conservatives to distance themselves from their duty of care. Conservatives talk about responsibility; but when it comes to social responsibility, they're all about developing a cost-efficiency democracy to save the 'taxpayers' money. Well, let me tell you right here and now, it's the working class which creates all the wealth not already found in nature. It's the working class which deserves to control ALL the wealth they produce. The taxation issue is a diversion away from this basic fact. 'Tax' is used by conservatives who wish you to continue to believe in the absurdity of being robbed justly of the wealth and by extension, the political power you as a class produce.
Part 2:

http://www.youtube.com/watch?v=JdvV5R2vZaY
Posted by Mike Ballard at 8:18 PM No comments: 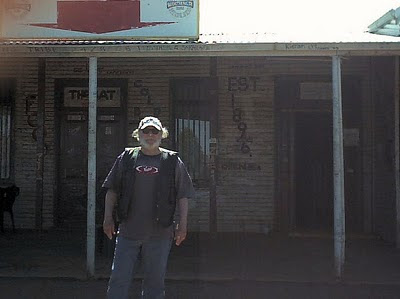 I'm not out to 'capture' anyone. Anyone who can be 'captured' doesn't have the mind set to be a class conscious revolutionary. Becoming a master of hounds is an abhorrent notion for me to contemplate.
Posted by Mike Ballard at 5:19 AM No comments:


The Paris Commune of 1871 was the workers' first attempt at ruling a society. As has been the case so far in history, capitalists, landlords and their hireling allies have been able to crush every attempt at expanding democracy beyond the bounds imposed by the system of wage-slavery.
Posted by Mike Ballard at 8:39 PM No comments:

West Australian workers were in the streets of Perth, marching on the state Parliament to demand of their polytricksters that they pass laws which would make capitalists hire West Australians and use West Australian based capitalists who employ West Australians for any work which needed doing in mining, shipping and related activities which labour is applied to natural resources based in Western Australia to produce wealth. Surely, the working class united will never be defeated. However, we live in a capitalist democracy which means that Australia is like all nations of the world, a political State controlled by the property owning capitalist and landlord classes. It's not 'our rocks, our soil, our minerals' as some of the protesters screamed. The natural resources of Australia like the political State of Australia are owned/beholden to the ruling class, some of whom happen to have Australian citizenship. Pro-capitalist polytricksters and 'a fair day's wage for a fair day's work' union leaders promote illusions about the meshing the class interests of workers and the employing class.
Still, it's always good to be with workers in motion, demanding more control of the wealth they produce and the natural resources of planet Earth. The problems of developing the class conscious organisation necessary to implement a social revolution i.e. total control of this wealth are, shall we say, many. In the end, the WA Premier came out of the Parliament building to address the 5,000 and was told, "Go home ya wanker!"
Posted by Mike Ballard at 7:20 PM No comments:

A film about my union:

C. Wright Mills: "You've asked me, 'What might you be?' Now I answer you: 'I am a Wobbly.' I mean this spiritually and politically. In saying this I refer less to political orientation that to political ethos, and I take Wobbly to mean one thing: the opposite of bureaucrat. […] I am a Wobbly, personally, down deep, and for good. I am outside the whale, and I got that way through social isolation and self-help. But do you know what a Wobbly is? It's a kind of spiritual condition. Don't be afraid of the word, Tovarich. A Wobbly is not only a man who takes orders from himself. He's also a man who's often in the situation where there are no regulations to fall back upon that he hasn't made up himself. He doesn't like bosses –capitalistic or communistic – they are all the same to him. He wants to be, and he wants everyone else to be, his own boss at all times under all conditions and for any purposes they may want to follow up. This kind of spiritual condition, and only this, is Wobbly freedom."

And today, the IWW is still going strong. Joe Hill lives in the spirit of Fellow Wobbly, Tom Morello.  Sing it brother!

Posted by Mike Ballard at 4:45 AM No comments: