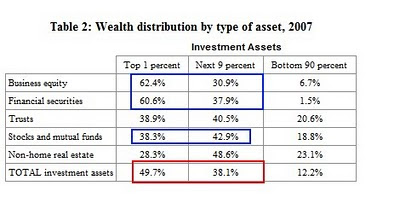 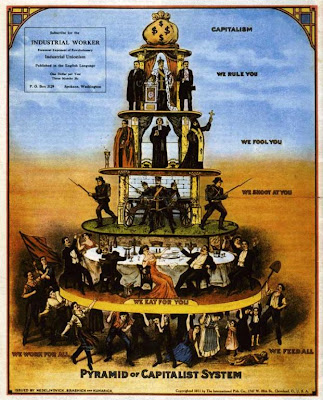 In this context, of organizing as a class, how
does one define "working class"? I always have
the feeling when I come across references to
"the workers," etc. that probably the writer
has an image in his/her head, that harks back
a half century or so and has no particular grip on
current actuality.
***************************

The working class is made up of those men and women who make their living from wages. Most of the people in industrialsed countries are in the working class and not in the employing class or the landlord class. There are also people who sell their skills directly to a customer, kind of one on one, as opposed to an employer.

Most workers today are _not_ blue collar.
So what are the "signs" of
class that one can organize around?


The basic dependency structure inherent in Capital is a good guide. Workers are dependent on employers buying their skills in the labour market. If workers don't make a sale of their skills to an employer, they will have a hard time making ends meet. They often become homeless after extended periods of unemployment. Sometimes they become eligible for government handouts of parts of the wealth they've already created and given over to the employing class in exchange for wages e.g. food stamps or in Australia, Centrelink payments.


At a highly abstract level of _capitalism_ as such
it is easy to define _working class_ and essential
to do so. But at a practical level of
organizing struggle it is probably not relevant.

Listen up now. These figures concern the distribution of wealth (and therefore power) in the USA. Similar figures exist in every State where the wage system prevails.

Top 1 Percent Control 42 Percent of Financial Wealth in the U.S.
Of investment assets 90 percent of Americans (the working class) own 12.2 percent. The rest goes to the top 10 percent. The top 10 percent are those people in the employing class, the landlord class and independent service providers e.g. lawyers and doctors who sell their skills directly to a customer without having that sale mediated by employment for a wage or salary at a corporation. The median household income in the U.S. is $50,000. Only 34% of U.S. households make more than $65,000 per year. The bottom 90 percent (the working class) have been saddled with 73 percent of all debt. In other words much of what constitutes workers' so-called wealth is connected to debt. Debt is slavery for many especially with egregious credit card companies taking people out with absurd levels of interest. Yet the corporate propaganda machine is strong and mighty. Have you ever received an inheritance? A large one? Probably not because only 1.6% of all Americans receive an inheritance larger than $100,000.
Posted by Mike Ballard at 8:40 PM 1 comment: The capacity for love
must grow beyond boxes
within which
it has been constrained
by the blockheads
of the world
the ones who want your power
your consent
Why do you give them away
forever and ever
amen
Posted by Mike Ballard at 1:17 AM No comments:

The queen of Australia
looked like a little old lady
in ice blue attire
as she peered out my TV
and told me 'bout how
war is peace and how sorry
she was 'bout climate change
happenin' and to pray to our mutual Lord up in heaven
who makes sure that the poor
appreciate our niceness and
Merry Christmas and good night
(blip)
Posted by Mike Ballard at 2:56 PM No comments:

One aspect of the issue of stagnant real wages (see: Wobbly Times number 22) is the continuing commodification of wage-labour itself. The commodity sells best which sells most cheaply in the marketplace. As the skills necessary to reproduce Capital have become simpler, less time consuming to produce and reproduce, the value and fluctuating price of labour power has gone down for a majority of the class, while for a minority of it, the price remains the same or goes higher with the addition of greater skills to the worker. (However, it should be mentioned here that even if all the working class had Ph.d.s, the unemployment rate would remain about the same, even as the banter at the workplace might change to concerns over whether Foucault or Stephen Jay Gould had more to say about culture.)

Thus, on average, real wages have stagnated. Capital is not only exported to class ruled States which enforce lowered wage demands through coercion and terror,the movement of industry to pools of more cheaply priced labour power also makes the use of skilled labour amongst the majority of the working class in already industrialised nations superfluous. Thus, overall, real wages for workers as a class can stagnate in advanced, industrial, bourgeois democracies as the employed members of the working class are increasingly obliged to flip burgers or open crates at Wall Mart, shipped from dictatorships like China in order to make a living, as opposed to making steel, tires and cars.

Capital is wealth expressed as exchange-value; it is itself a commodity. Labour power is bought and sold as a commodity on the market, just as pork and beans are. The big diff is that labour power has the ability to expand wealth through creation of more commodities. The capitalist hires labour for wages (the price of labour power on the market) and keeps the commodities (goods and services) which the workers have created (aka wealth). These commodities can include constant capital e.g. machinery of production, circulating capital e.g. raw materials from nature like coal which go into the production process and money, which is used as a means to exchange commodities, to 'circulate' them. Money is circulating capital. Thus, money is also a commodity, a mutually agreed upon abstraction playing the universal equivalent.

After the working class creates the wealth, the capitalist has that wealth sold by wage-slaves in order to realise profit. Capitalists hire sales-wage-slaves to market the wealth they've appropriated from already employed wage-labour. Profit can't be realised unless the wealth workers create can be sold. This uncertainty about sale is what pro-capitalist spokespeople call, 'risk'.

Like all commodities, labour power has exchange-value embedded within it. Exchange-value is determined by the amount of socially necessary labour time bound up within it e.g. education.

BTW, if someone says that this labour theory of value has been proven false, you can always ask them how much wealth would be produced, if the workers of the world went on a week long general strike. The answer is zero. Wealth has to be produced to come into existence and it doesn't come into existence without employing wage-labour, unless you're using your money to buy/commodify nature for nature is the other source of all wealth.

The socially necessary labour time embodied in a worker's abilities, which is expressed as the exchange-value of labour, forms the concrete substance of skill. However, the exchange-value of any commodity, including labour power, is expressed in money aka price. Prices of commodities fluctuate with supply and demand on the market and the market is human beings with money perceiving what they can use, for whatever they deem is necessary i.e. what they can buy with the wealth, expressed as money in their pockets.

Most bourgeois thinkers only look at the demand side of the commodities to explain their conception of 'value' i.e. from the point of view of the consumer, not the producer. The 'effective' demand side is very important, as Marx explained a long time before Jevons, demand is an expression of the use-value of a commodity. If a commodity has no use-value, all the socially necessary labour time in the world will not make it into a saleable commodity and therefore, no profit could be realised from it. THE VULGARISATION OF THE MARKET

What we gonna be
a piece of history
That forest
those trees
things of past years
These glaciers
those insects
things of the past
The penguin and polar bear extinct
They just can't last
The multi-coloured coral
with multi-coloured fish
shot in a barrel
of warmed water
killed during the rein of the commodity
Salty tasting tears
Posted by Mike Ballard at 3:17 AM No comments: 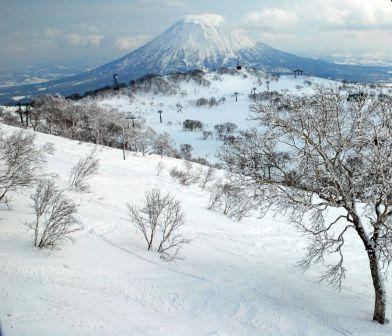 Advertising executives
you are the slaves
of Advertising

Before the young woman
the executioner hesitates
for a moment

Stop cutting the flowers
The Buddha
has enough now

Were it not for their power
our rulers
would be irrelevant

Silently we stared into the headlights
not knowing what to do.
Train passes in the distance.

The equality of death
plagues each and everyone

even those with the most toys

Our equality at birth
is undermined
by our first diaper

Our muse speak
softly
Commonsense roars in the background

Life is at least
love's political equality
or it is wasted

Trying to calculate desire
he lost all
interest

Orgasms with your lover
What is as close to perfection as
you'll ever get?

Life is short
Death's forever
Enjoy the here and now

Three o'clock
in the afternoon
Werewolves howl under full moon


Monkey see monkey do
Mirror neurons firing
on all fours

Catching flies on green
fields of dreams
Being twelve

It's not a question
of accumulation
Make your sensual moments count

Some things go round
and round
Others go up and down

Posted by Mike Ballard at 12:17 AM No comments: