Reading from: THE TEACHINGS OF DON JUAN:
A YAQUI WAY OF KNOWLEDGE 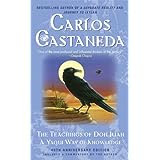 Posted by Mike Ballard at 4:26 AM No comments:


I was at two union demos yesterday. Comrade John Tattersall came over to my place at 6:45am and we took off in his car for the rally in the video below. I went home on public transit, had brekky and then off by bus and train to another union rally at Liberal Senator Michaelia Cash's office in West Perth.
The bourgeoisie are out to break the unions in Australia. Their polytricksters are putting in legislation to put downward pressure on wages and working conditions all the time.
Personally, I don't see much sense in making appeals to reason to bourgeois democrats in our government. What's needed is class conscious political and industrial action by rank and file workers. Considering the embedded leitmotif of social Darwinism which plagues our collective Mind, it's going to be a very tough road to hoe. My freedom equates with your unfreedom. I stab you in the back in order to get the job or the promotion or any of a number of other positions of political power over you.
I've known this for decades. My Hegel prof at Michigan State brought it to my consciousness. That was back in 1970. The reality hit me like a tonne of bricks yesterday as we waited for workers from BAE to come join us at the rally in front of the AFP guarding the office of Senator Cash.

Thanks to Jennifer Armstrong for editing this rather wobbly video.
Posted by Mike Ballard at 5:15 PM 2 comments:

My extended family (Benson side) gets together for a BBQ at the Livingston's place in Baldwinsville, New York. I think this event took place in 1957. (Turn the sound up high to hear my narration of this otherwise silent film).

Posted by Mike Ballard at 1:20 AM No comments:

On the question of unionism

Posted by Mike Ballard at 4:52 PM No comments:


Posted by Mike Ballard at 2:55 AM No comments:


Another afternoon at Jen's and Mike's

(my ZoggyDoggy videos are here)
Posted by Mike Ballard at 9:14 PM No comments: 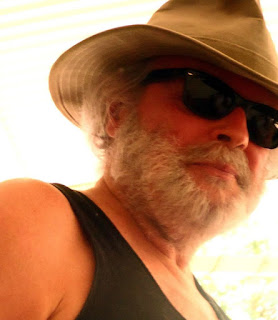 I'm not you, even though I share a hell of lot in common with you--for example, your race. I am also a member of the human race.
I am not white.  If I was white, my face would not be visible this photo. Some would say that I'm surely the social product of white culture. When they say, 'white culture', they mean to fence me into only being culturally influenced by a very narrow ideolgical construct, perhaps, Doris Day. Poor Doris, poor me. Hell, Doris Day was influenced by 'Black culture'. We're all culturally influencing each other all the time, except when the dominant political authority segregates us from each others' cultural influence.

The answer I've developed, so far, is that political power grows out owning the labour time and the product or service created by another. Thus, Capital is a social relation not only of exploitation, but also of political power.

From a history of the Paris Commune of 1871


The shelling of the 3rd April roused them a little. On the 5th, the municipal council of Lille, composed of Republican notabilities, spoke of conciliation, and called upon M. Thiers to affirm the Republic. That of Lyons drew up a like address; St. Omer sent delegates to Versailles; Troyes declared that it was ‘heart and soul with the heroic citizens who fought for their republican convictions.’ Mâcon summoned the Government and the Assembly to put an end to this struggle by the recognition of republican institutions. The Drôme, the Var, Vaucluse, the Ardeche, the Loire, Savoy, the Hérault, the Gers, and the Eastern Pyrénées, twenty departments, issued similar addresses. The workmen of Rouen declared their adhesion to the Commune; the workmen of Havre, rebuffed by the bourgeois Republicans. constituted an independent group. On the 16th April, at Grenoble, 600 men, women, and children went to the station to prevent the departure of the troops and munitions for Versailles. On the 18th, at Nimes, the people, headed by a red flag, marched through the town to the cry of ‘Vive la Commune! Vive Paris! Down with Versailles!’ On the 16th, 17th, 18th, there were disturbances at Bordeaux. Some police agents were imprisoned, some officers ill-treated, the infantry barracks pelted with stones, the people crying, ‘Vive Paris! Death to the traitors!’ The movement even spread to the agricultural classes. At Saincoin in the Cher, at the Charité-sur-Loire, at Pouilly in the Nievre, the National Guards in arms carried about the red flag. Cosne followed on the 18th, Fleury-sur-Loire on the 19th. The red flag was permanently hoisted in the Ariege; at Foix they stopped the transport of the cannon; at Varilhes they tried to run the munition trains off the lines. At Périgueux, the workmen of the railway station seized the machine-guns.

Posted by Mike Ballard at 9:03 PM No comments:

Workers produce the wealth of nations for wages.

The upper 10% own 80% of the wealth workers
produce.  The social wage gets some of that
wealth back to the workers.  The social wage
is funded by taxes on the wealth workers
produce.  Trickle down economic theory states
that the taxes on the upper 10% should be cut.
This leads to the declaration of 'budget emergencies'
by conservative politicians and to calls for
either more regressive taxes e.g. widening and
raising the GST or cuts to public health, education
and welfare, including the age pension.

How much wealth would be produced in Australia
during the month of May, if everyone who depends
on wages to make a living went on general strike
from May 1st to May 31st?
Posted by Mike Ballard at 6:37 PM 2 comments: