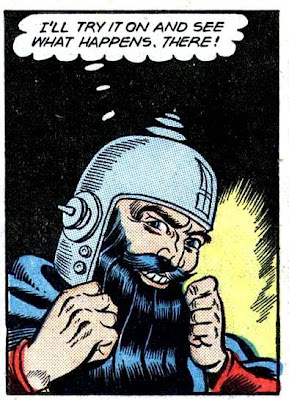 HUMANS ARE ANIMALS, NOT VEGETABLES OR MINERALS
There are no animals who prefer to be tied up, caged etc. as opposed to being free. I think the instinct for freedom is tied to our being animals and that getting more and more political power is the key to getting in tune with that instinct. Of course, in civilised class society, we're socialised in ways which tend to make submission to our rulers look more and more attractive by satisfying an even more powerful instinct: survival. After all, THEY have armed bodies of men on their side. We must break this link because it ties us down; it keeps us in cages. We can do that by making political power equal for all individuals; but that means we have to create a classless society.

The ability to think critically is what Marx promoted which is the opposite of dogmatic memorization of concepts frozen in time for all time--idee fixe. Humans create ideas. This is fine. Reason is our great adaptive characteristic as animals. When the ideas, which humans create using their reason, begin to rule i.e. take on a personality of their own, we get the upside-down thinking, which dogmatists adhere to and rulers use to keep their flocks alienated from their own power. For dogmatists, self-emancipation self-empowerment become associated with memorising fixed ideas, true for all time. I think the first step towards making a dogma out of the utterance or writing of a person is to give those notions the sort of finality which attaches the person's name with the suffix 'ist' or 'ian' or some other such designation e.g. Buddhist, Marxist and so on.
Posted by Mike Ballard at 7:01 PM No comments:

THE OTHER is ever present and presents a threat to those in power and their hired armed bodies of men. These armed bodies of men must be paid and paid well to keep their masters safe from THE OTHER. THE OTHERS are all over the planet, facing off against the ruling classes. The State is founded upon violence and the threat of violence. The State is founded on class rule. Class rule is maintained by appropriating the wealth which the majority in any class society produce for among other things, these armed bodies of men must be paid...above all, they must be paid. Whether they are slaves, peasants or workers, those who must submit to exploitation and the political State are THE OTHERS.

Twelve-year-old Ian Hamrick on his gruesome death in M.I.A.'s


The most gobsmacking five seconds in a music video
in 2010 happens at 6:51 in M.I.A.'s infamously
gruesome clip for "Born Free." If you've
seen it, you know the moment -- a crew of young
redheads is forced onto a bus, dragged to a field in the
desert, and promptly shown that things are about
to get much worse.

At that instant, one slender, moppet-haired
adolescent meets a fate that takes the "Born Free"
clip from a police state dystopia to a
level of grim violence that might make
Tarantino flinch.

That young man is 12-year-old Angeleno Ian Hamrick.
Few actors earn their first break by getting shot
in the head by a paramilitary squad, but Hamrick is
awfully level and contemplative about his
small, shocking part.

"M.I.A. wanted to show people what an ethnic
cleansing looked like," Hamrick said in a phone
interview Thursday. "She wanted to show that
it can happen in any country, not just a place
like Iraq. Just because this is America doesn't
mean horrible things don't happen here."

Hamrick got the call for the clip, directed by
Romain Gavras, after an agency called for redheaded
boys for a music video, and put them
through a fairly grueling audition where they were
screamed at, batted around a room and told that things
would escalate considerably from there. Hamrick was
excited to work with CGI (even CGI depicting
his own exploding skull), but soon began exploring the
deeper wells of metaphor in video, especially from his
vantage point in an adolescent culture inculcated with
violent media from childhood.

But Hamrick felt a potency in the video absent from
far more graphic media such as "Call Of Duty" or
"Grand Theft Auto." Perhaps it was the verite footage
of downtown Los Angeles, or the visual nods to
news footage from Gaza and Baghdad, or that graphic
violence against children is still one of the last
taboos on screen. M.I.A. shared his sense that the part
might take its toll.

"She came up to me on set and complimented my work,
and we talked a lot about what she wanted the video to mean,"
Hamrick said. "She wanted to make sure I was OK, that I knew
what was happening and why she killed me. I said I did, that
she really accomplished her goal of getting people to talk
about something they don't usually see."

Most 12-year-olds don't have much life experience in
military executions, so Hamrick had to draw on his own sense
of panic and confusion at the situation to nail the part. His
quivering poise (andnotably slight stature) at the moment of
the shot makes it all the more harrowing.

"In the video, I look like I'm seven or eight, and all the
other kids were a lot taller," he said. "So when you see me
get shot, your reaction is like 'Why'd they have to kill the
little kid?'"

That shot also might have profoundly shifted his career.
TMZ reported that his appearance in a high-profile Shakira
video was re-cut so as to less prominently feature Hamrick's
now-infamous face. Hamrick has a wry cynicism about the
potential for thwarted future prospects, and hopes the "Born Free"
clip will instead open up darker, adventurous
indie fare for him. But above all, the most shocking
part about his role might be the preternatural professionalism
he took with him to the set.

"Look at a movie like 'Kick Ass,' that girl is 11 and
she's cussing and killing everyone," Hamrick said. "I created
a character that's not my real person. In some ways, it was just
another job, but in a lot of ways it wasn't, because it had a
message. I don't think I'm making content for kids
-- this is definitely going on my reel."

Posted by Mike Ballard at 6:40 AM No comments:


A brief moment from the May Day march in Fremantle, Western Australia this May 2nd, 2010.
Posted by Mike Ballard at 11:54 PM No comments: