"Weather Underground", soon to be a major motion picture....see the film, but read this first.

Weatherman said, "We are everywhere." And they were. But, there weren't very many of them. Max, I'd say about 700, if you include active sympathizers. Still, that was a lot of people, mostly kids, who took up the challenge of making a political revolution in order to help stop the Vietnam War and to participate in what the Weather Underground ideologically understood as a world revolution in the late '60s-mid '70s. That was one of the BIG problems with Weatherman. They didn't think too deeply about history or theory. They were the self-described "action faction" of Students for a Democratic Society (SDS). They weren't going to wait around while a bunch of armchair revolutionaries were intellectually masturbating while black, brown, red and yellow people were being oppressed by white honkeys. No sir-ree, Bob. They were going to stop the Vietnam War by, "bringing the war home" and align themselves with the oppressed peoples of the Third World and people of colour at home in order to meaningfully participate in the anti-imperialist peoples' war. "We chose to become guerillas", they announced as they watched television and saw what they called imperialist soldiers wreaking a "destruction of peoples' culture."

Weatherman's goal was to invigorate anti-war struggle at home by trying the dialectically opposite strategy of the non-violent peace movement. "Piece Now!" was their slogan, the rifle their image. Revolutionary violence was their method. In many ways, Weatherman was an outgrowth of the identity politics of violence which grew out of disillusionment with non-violent tactics identified with Martin Luther King, but you wouldn't know this just by watching "Weather Underground".

Malcolm X proclaimed that "violence was as American as apple pie" and that black people would achieve their liberation from racism, "by any means necessary." Cities burned. H. Rap Brown cheered urban uprisings by ghetto dwellers from LA to Detroit with his famous, "Burn, Baby Burn!". King's attempt at creating an integrated, non-violent mass movement was slowly being challenged by people like Stokely Carmichael and the ideology which stated that blacks needed their own movement–let other "races" deal with getting their acts together. The old ideas of there being only one race, the human race were outmoded, they said and thus a substantial part of a New Left ideology of "identity politics" was born.

The politics of class was not altogether discarded, it was just put in the back seat. The driver's seat was to be occupied by new, more up-to-date, modern ideas. The Revolution was seen as an ultimate coming together of the oppressed peoples of the world, especially people of colour who would surround the urban centres of the First World, and as Mao's People's Liberation Army had done in 1949, come crashing through the gates of the cities from the countryside, seething with Third World revolutionary struggles.

But what were the people *without* colour to do?

What would be their role?

Weatherman thought they saw the prevailing wind. They needed no more understanding, no weatherman to know which way the wind blows. The Black Panthers were correct about the political situation in the USA, they thought. They agreed that the "honkey" proletariat was bought off. The working class was too conservative and comfortable within its "white skin privilege".

Weatherman felt guilty about the oppressive nature of their "race". The real revolutionaries would come from the lumpen-proletariat, people who didn't have jobs and who were "outlaws in the eyes of America": dope smoking students and hippies. To Weatherman this meant white youth. Weatherman was composed of white youth. "They dressed like students. They dressed like hippies", to borrow an image from an old Talking Heads song describing underground life.

According to Weatherman ideology, "every long hair is a Yippie." "America's youth is behind enemy lines," they proclaimed. It was their job as "communist cadre" to "lead white kids." "Freaks are revolutionaries and revolutionaries are freaks," they announced. They vowed to fight alongside and support black, brown, yellow and red people. "Never again will they fight alone," they wrote in their communiques. This anarcho-Maoist-Fidelista potpourri is only hinted at in "Weather Underground". The best the film producers can do in terms of critical understanding of the group is to trot Todd Gitlin on camera. The former SDSer turned social-democratic academic, manages to whine about how the Weatherman faction of SDS "stole" the organization's name and occupied its National Office.  A better analysis can be found here.

Weatherman WAS audacious. "Dare to struggle; dare to win" was their favourite Maoist aphorism and they literally LIVED that slogan. Their members were like people portrayed in "Fight Club", alienated about the flatness of sterile comfort and determined to punch a hole in the soft, killing machine which surrounded them. Even if their theory was half-baked, one had to admit, you had to have guts to declare war on the "pigs" and on America herself. And after their penultimate violent demonstration, "The Days of Rage", October 8-11, 1969 failed to draw more than around 150 to 200 white kids to Chicago to show how dirty, dangerous and violent they could be at smashing windows and physically fighting the cops/ "pigs", the group decided to go underground, write America off and act as guerillas, fighting behind those enemy lines, "bringing the war home", "shooting to live" in solidarity with the black, brown, red and yellow peoples of the world who would come eventually, in a kind of whirlwind of revolutionary, racial vengeance.

"We do not support people who are anarchistic, opportunistic, adventuristic, and Custeristic." Fred Hampton, Black Panther Party, Chicago commenting on the Weathermen shortly before his assassination by Chicago cops in December of 1969.
Posted by Mike Ballard at 6:42 PM No comments: 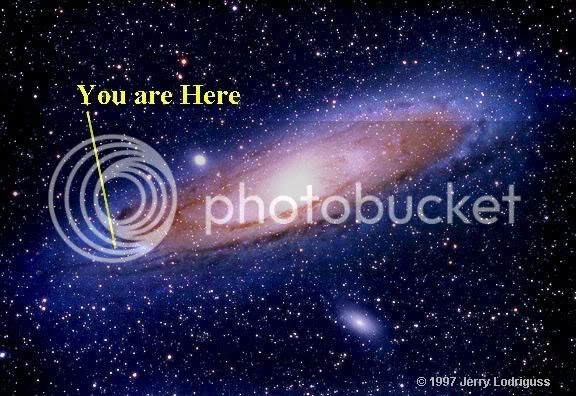 Inexorable forces tear
us from our hot embrace
leaving painful impressions
at our fingertips as we
hurl away from each other
we quickly press fresh memories
on our stinging selves
the here and now
fades to times past
we envelop our anguish
in cocoons of music
leaving no visible scars
Posted by Mike Ballard at 3:22 PM No comments: 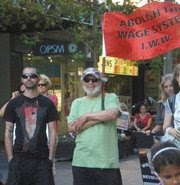 
1. There is no afterlife, so stop worrying about death.


2. Eventually, everyone is forgotten.


3. If love doesn't develop out of some of your friendships, you're doing something wrong with your life. 4. Politically oppressive power can only really be destroyed by equalising political power amongst all men and women.


5. Use the materialist dialectic to pry various unities apart and examine them in their unities and so on to the last particularity you can find.

7. Never willingly give others the right to censor what you want to say.

A man took a boy to the cemetery saying, "Behold! They all followed the rules. They were good. They didn't complain. Don't you admire them?"

9. A wage-slave has no security as an isolated individual which is just another reason why One Big Union of the working class is necessary.

10. There are lots of things and events in life-- motion between people, natural and human made disasters and so on.... Wisdom is having the capacity to choose which to remember and which to forget.

Posted by Mike Ballard at 11:51 PM No comments: