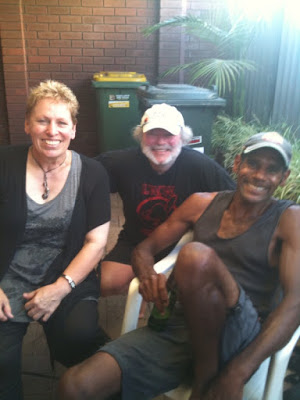 It was on the birthday of Karl Marx in 1990 that I became a Wobbly. There was a “call-in-sick on May Day” gathering in my hometown that year, organised by the local IWW GMB. I decided to check it out. There were some Wobs selling copies of the Industrial Worker, and singing songs from the “Little Red Songbook,” using kazoos as musical instruments. I took a copy of the IW home, and I noticed that it was about workers, not just “anarchists” as I had been told. Sure, there were anarchists in the IWW, but the One Big Union was not an anti-political sect. I noticed the Preamble still made mention of the abolition of the wage system and of the need for the workers themselves to organise as a class to abolish this vile system of exploitation. It was then that I decided to get organised into the One Big Union.

As a university student, I had been part of the anti-war movement in the 1960s and 1970s. I hung out with various student radicals and began reading what many on the left were saying. I knew that I wanted a more democratic society. I had experienced military dictatorship a few years before, in the Marines. I was never exposed to much other than Republican and Democratic Party thinking before my entry into the military, just after high school graduation. My parents, relatives and friends had next to no political beliefs outside the dominant ideologies of hard work, disdain for lazy workers, anti-socialism, belief in a Protestant or Catholic version of God and so on. Everybody I knew liked Ike and Kennedy.

In other words, I wasn't brought up as a “red diaper baby,” but as more time passed and the more the simplistic aphorisms of my youth fell by the wayside in the wake of disturbing realities— such as legalized segregation below the Mason-Dixon Line, the horrors of the Vietnam War, and mass poverty in the land of plenty—the more I was drawn toward looking for ways to understand why things were happening the way they were. None of my friends and family actually wanted to do any harm. "Could it be the system?" I wondered. I began to reject “old time religion” shortly after my first day at boot camp in Parris Island. I could no longer believe that God worked in mysterious ways that we could not comprehend and that we needed to be docile until death.

After my discharge, I started looking for answers. I began to find some of them in the "Catch 23" leaflets being passed out on the Michigan State University campus by members of Students for a Democratic Society (SDS). There were many anti-war demonstrations and rallies to attend, and I became convinced that just ending the war wasn't enough. We needed something more to become free from this sort of scourge. Then, there was a free university class taught by an old Socialist Labor Party member on Marx's "Value, Price and Profit," which blew away most of my cobwebs about “economics.” A very bright light went on in my head after that and I started making connections to all sorts of troubling issues. Even the Situationist texts which I read with some confusion in the past began to glow with a life of their own after that class. Old revolutionaries like Korsch, Lukacs and my future Fellow Workers in the IWW began to make real sense. It became clear that what was needed was a social revolution, a revolution accomplished by the workers themselves to get rid of the wage system and all its unspeakable spin-offs: sexism, racism, environmental destruction, and the suffering of the producers of the world's wealth.

It was in 1990 at my first IWW Convention that I met Judi Bari, Utah Phillips, and other class conscious workers striving to change the world and make it into a more humane place, a place where we could start living in harmony with the Earth. And all of this was to be done in a democratic way. My Fellow Workers did not project themselves as the “vanguard of the proletariat,” nor as politicos hooked on the idea of “party building” or worshipping leaders, nor were they determined to sloganeer the masses into helping them seize state power. In fact, my Fellow Workers actually disagreed with each other about political matters and still stayed together in One Big democratic Union. I liked that, and I am still a proud member.
Posted by Mike Ballard at 5:34 AM