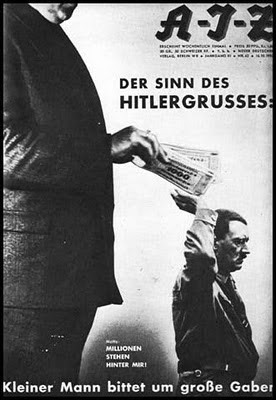 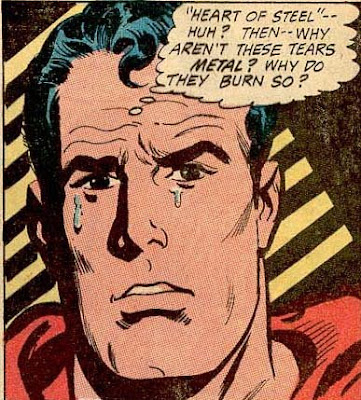 Fascism is an epithet thrown around a lot by politicos. I think it's best to go to the source for a definition of what fascism is/was. Fascism isn't just any sort of authoritarian rule, it's a specific form of dictatorship which has private capitalists and workers forced by State law to collaborate in what Mussolini called "corporations", all for the good of the nation. Fascists all think that class struggle is a communist, anarchist, socialist ideological invention used by internationalist revolutionaries to destroy the fabric of a strong nation. Oh fascists know that there are classes; yes indeed they do. But fascists don't like the marketplace for commodities when it comes to labour power. Fascists think that both the employing class and the working class should do their moral duty to work together in 'corporations'. Fascists make it illegal to see the social relation between classes and class interests any other way. Fascists don't like 'flabby' liberals who endanger the nation by saying workers should have the right to organise in their own class interests to negotiate the price (aka wages) of their time, skills and working conditions with the employing class. Fascists don't like class conscious workers who organise to pursue their own material interests.
If this kind of rhetoric has a familiar ring to your ears, perhaps you've listened to people who have been influenced by fascist-nationalist thinking and who like the idea of restricting or even eliminating the rights of workers to strike, organise and the right of workers to be in classwide solidarity with their fellow workers in their negotiations with the employing class over wages and conditions. These people will say, "We must put restrictions on workers' ability to combine as a class or they will become too powerful and upset the national interests. After all, what's good for employers is good for workers too; they have common interests." Maybe these people didn't even know that they have been espousing the fundamental doctrine of the fascist State.


8. Outside the State there can be neither individuals nor groups (political parties, associations, syndicates, classes). Therefore, Fascism is opposed to Socialism, which confines the movement of history within the class struggle and ignores the unity of classes established in one economic and moral reality in the State: and analogously it is opposed to class syndicalism. (my MB interjection: class syndicalism is like the sort of unionism which the IWW promotes) Fascism recognizes the real exigencies for which the socialist and syndicalist movement arose, but while recognizing them wishes to bring them under the control of the State and give them a purpose within the corporative system of interests reconciled within the unity of the State.

and later in this piece…
…It might be said against this programme that it is a return to the corporations. It doesn’t matter!....I should like, nevertheless, the Assembly to accept the claims of national syndicalism from the point of view of economics…

Is it not surprising that from the first day in the Piazza San Sepolcro there should resound the word ‘Corporation’ which was destined in the creations at the base of the regime?

and later…
But when one says liberalism, one says the individual; when one says Fascism, one says the State. But the Fascist State is unique; it is an original creation. It is not reactionary but revolutionary in that it anticipates the solutions of certain universal problems. These problems are no longer seen in the same light: in the sphere of politics they are removed from party rivalries, from the supreme power of parliament, from the irresponsibility of assemblies; in the sphere of economics they are removed from the sphere of the syndicates’ activities—activities that were ever widening their scope and increasing their power, both on the workers’ side and on the employers’—removed from their struggles and their designs; in the moral sphere they are divorced from ideas of the need for order, discipline and obedience, and lifted into the plane of moral commandments of the fatherland…..

From “The Doctrine of Fascism” written by Benito Mussolini in 1932 in collaboration with Giovanni Gentile.


Eric Fromm on the social psychology of fascism:
The love for the powerful and the hatred for the powerless which is so typical for the sado-masochistic character explains a great deal of Hitler's and his follower's political actions. While the Republican government thought they could "appease" the Nazis by treating them leniently, they not only failed to appease them but aroused their hatred by the very lack of power and firmness they showed.
--Erich Fromm, Escape From Freedom, pg 256-257
Hitler's -- and for that matter, Mussolini's -- "revolution" happened under protection of existing power and their favorite objects were those who could not defend themselves. One might even venture to assume that Hitler's attitude toward Great Britain was determined, among other factors, by this psychological complex. As long he felt Britain to be powerful, he loved and admired her. His book gives expression to this love for Britain. When he recognized the weakness of the British position before and after Munich his love changed into hatred and the wish to destroy it. From this viewpoint "appeasement" was a policy which for a personality like Hitler was bound to arouse hatred, not friendship.
--Erich Fromm, Escape From Freedom, pg 257
Hitler recognizes clearly that his philosophy of self-denial and sacrifice is meant for those whose economic situation does not allow them any happiness. He does not want to bring about a social order which would make personal happiness possible for very individual; he wants to exploit the very poverty of the masses in order to make them believe in his evangelism of self-annihilation.
--Erich Fromm, Escape From Freedom, pg 259
Given the psychological conditions, does Nazism not fulfill the emotional needs of the population, and is this psychological function not one factor that makes for its growing stability?
From all that has been said so far, it is evident that the answer to this question is in the negative. The fact of human individuation, of the destruction of all "primary bonds," cannot be reversed. The process of the destruction of the medieval world has taken four hundred years and is being completed in our era. Unless the whole industrial system, the whole mode of production, should be destroyed and changed to the preindustrial level, man will remain an individual who has completely emerged from the world surrounding him. We have seen that man cannot endure this negative freedom; that he tries to escape into new bondage which he has given up. But these new bonds do not constitute real union with the world. He pays for the new security by giving up the integrity of his self.
--Erich Fromm, Escape From Freedom, pg 262-263


"No revision of economic theory is required to understand fascism. Equal and just exchange has driven itself to the point of absurdity, and the totalitarian order is this absurdity. The transition from liberalism has occurred logically enough, and less brutally than from the mercantile system into that of the nineteenth century. The same economic tendencies that create an ever higher productivity of labor through the mechanism of competition have suddenly turned into forces of social disorganization. The pride of liberalism, industry developed technically to the utmost, ruins its own principle because great parts of the population can no longer sell their labor. The reproduction of what exists by the labor market becomes inefficient. Previously the bourgeoisie was decentralized, a many-headed ruler; the expansion of the plant was the condition for every entrepreneur to increase his portion of the social surplus. He needed workers in order to prevail in the competition of the market. In the age of monopolies, the investment of more and more new capital no longer promises any great increase in profits. The mass of workers, from whom surplus value flows, diminishes in comparison to the apparatus which it serves. In recent times, industrial production has existed only as a condition for profit, for the expansion of the power of groups and individuals over human labor. Hunger itself provides no reason for the production of consumer goods. To produce for the insolvent demand, for the unemployed masses, would run counter to the laws of economy and religion that hold the order together; no bread without work."

"The Jews and Europe"


"Hence today I believe that I am acting in accordance with the will of the Almighty Creator: by defending myself against the Jew, I am fighting for the work of the Lord."
- Adolf Hitler, 1925-1926 Mein Kampf, (p. 65)

"What we have to fight for is the necessary security for the existence and increase of our race and people, the subsistence of its children and the maintenance of our racial stock unmixed, the freedom and independence of the Fatherland; so that our people may be enabled to fulfill the mission assigned to it by the Creator."
- Adolf Hitler, 1925-1926 Mein Kampf, Vol. 1 Chapter 8

"In short, the results of miscegenation are always the following: (a) The level of the superior race becomes lowered; (b) physical and mental degeneration sets in, thus leading slowly but steadily towards a progressive drying up of the vital sap. The act which brings about such a development is a sin against the will of the Eternal Creator. And as a sin this act will be avenged."
- Adolf Hitler, 1925-1926 Mein Kampf, Vol. 1 Chapter 11

"One cannot live faithfully and give up what has given meaning and purpose to one’s entire life. That would not be so if it were not a cardinal command. And no earthly power gave us that command. For the God, our God, who created our people, gave us that command!"
-Adolf Hitler, 1935 Triumph of the Will/Triumph des Willens 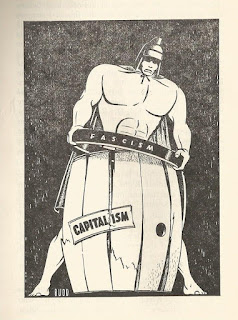